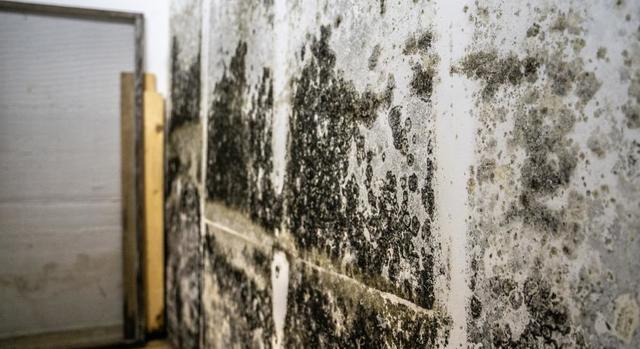 Stachybotrys chartarm is commonly referred to as “Black Mold.” Stachybotrys chartarm is a greenish black mold that is found throughout the world. Over the past fifteen years, black mold has become notorious as a mycotoxin producer that may cause animal and human mycotoxicosis. Many people have claimed that “sick building syndrome” is caused by black mold. Although there are many unanswered questions about the degree of danger created by black mold, most experts agree that the removal of black mold from a home or office setting is a prudent move.

What is black mold?

Black mold, Stachybotrys chartarm, is a type of fungus that can be found in many buildings throughout the world. Black mold is a fungus meaning that it is neither a plant nor an animal. Black mold, like all molds, has defined cell walls, reproduce via spores, and lacks chlorophyll (a substance found in all plants). It is dark in color and is typically wet and slimy to the touch. Toxic black mold may look similar to other common molds including cladosporium, aspergillus, alternaria, and drechslera. The only way to make a positive identification of a mold is to test the fungal spores under a microscope.

What conditions are necessary for black mold?

There are four critical requirements that need to be met in order for black mold to grow. The first element is the presence of mold spores. Mold spores are extremely common both inside and outside of buildings. Mold spores are significantly smaller than a single strand of human hair. Because of their microscopic size most people do not realize how prevalent they are. The spores of Stachybotrys chartarm are most commonly found in soil. They are often brought into a structure along with flood waters or with dirt that enters the home through water incursion. Due to their size and their rate of occurrence, eradicating mold spores is virtually impossible.

Like many molds, black mold prefers relatively moderate temperatures. Black mold can survive a variety of different temperatures, but it grows best in temperatures that are considered warm to moderately hot for indoor temperatures.

Another key component for black mold growth is moisture. Black mold requires more moisture than some other varieties of mold. It most commonly occurs after a large amount of water has saturated organic items (like wood and drywall). This can happen in a number of different ways from flooding to areas where there are chronic roof leaks or pipe leaks. Unlike many other molds that will begin to grow after just a day or two, black mold often takes up to two weeks to grow after an item has been saturated. However, unlike some other molds, once established, black mold can continue to propagate even if the water source has been removed.

Lastly, black mold needs a nutrient source in order to grow. Black mold feeds on decaying organic matter. When found in nature, black mold plays an important role in the decomposition of dead and decaying organic organisms. Mold eats organic materials which means it can eat anything that contains carbon atoms. Black mold prefers items with a high cellulose content. Many of the items we use in building materials, like wood, ceiling tiles, drywall, fiberboard, particleboard, and paper vapor barriers are preferred foods of black mold. It can also feed on items inside a house like wicker or wood furniture. Lastly, if you have a small animal in a home and therefore keep hay, straw, or wood chips, these items are very susceptible to black mold.

Where is black mold found?

Black mold can be found in a variety of areas but one of the most common places for it to be found is in homes or buildings which have sustained flooding or water damage. Flooding can come from natural disasters, or more common occurrences like broken pipes, leaky roofs, or significant condensation. Black mold is most often found on the paper covering of gypsum wall board, but it is not uncommon to find it on wallpaper, paper products, wool or cotton carpets, cellulose based ceiling tiles, the paper covering of insulated pipes, in some insulation material, or on wood.

There is another area that black mold may grow where it is uneasily detected: that is in ductwork. Black mold can grow in duct work if there is any form of organic debris inside them. Condensation due to poor design or faulty heating, ventilation, and air conditioning systems can promote its growth.

What course of action should be taken if black mold is suspected to be in a home?

Although scientists may not agree to the exact degree of health danger associated with black mold, it is a widely accepted belief that mold should be removed from areas inhabited by humans and animals. It is best if mold removal is done by a professional that understands how mold propagates. In the past, many mold removal companies and homeowners would simple remove any organic matter (drywall, wood) that contained mold and replace it with new building materials. This method is very costly as it calls for a large amount of building materials to be removed and new ones purchased. Research has also shown that this method of mold removal can often lead to more mold problems in the future. If the mold is not handled properly, mold spores as well as mycotoxins will be released into the air.

A newer alternative to the removal of the mold is called Bioremediation. This system utilizes two applications of an EPA –approved quaternary amine based fungicide and a unique patented SMART polymer with time-released antimicrobial ingredients. The system actually kills the mold and therefore does not allow the spores to enter the air. It allows people to keep most, if not all, of their drywall and other materials.