Due to the current pandemic happening worldwide, this tenant in Parsippany, NJ had to leave his college apartment. When he returned 3 months later to retrieve some of his items, there was a surprise waiting for him — black mold! 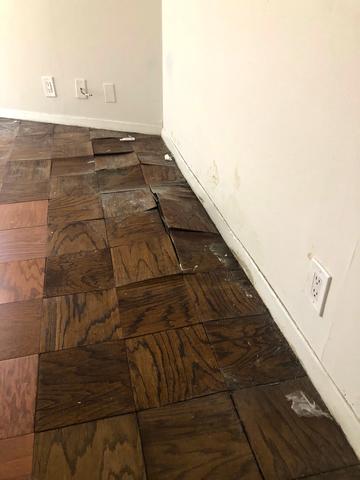 When the tenant arrived he noticed that the flooring was pushed up and saw some mold growth throughout the apartment. He called the landlord who then called our office to come out. When we inspected, we found black mold all over the walls and underneath the tile. 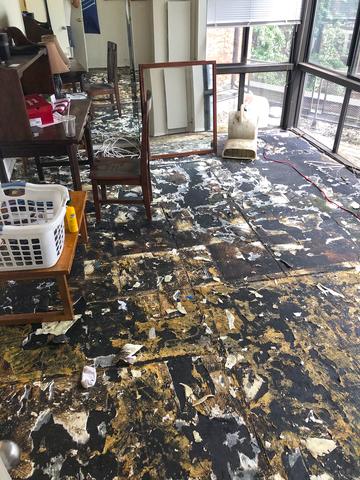 The landlord had to first have all the flooring removed, which revealed more black mold. 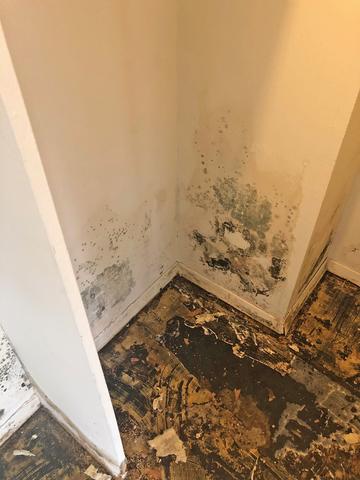 Apparently, a pipe had burst inside the walls and leaked throughout the apartment. Since no one was present to fix the leak or report it in over 3 months, black mold had developed. 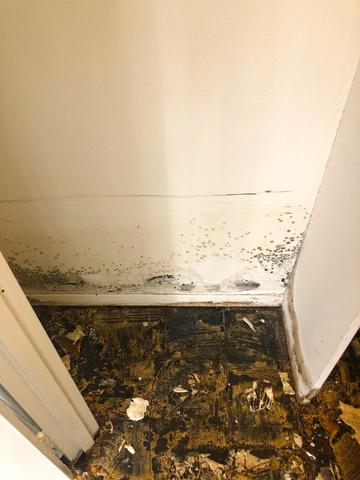 A Tear Out is Necessary

Although the landlord had repaired the leak, due to the significant water damage, the materials couldn't be salvaged and had to be removed. 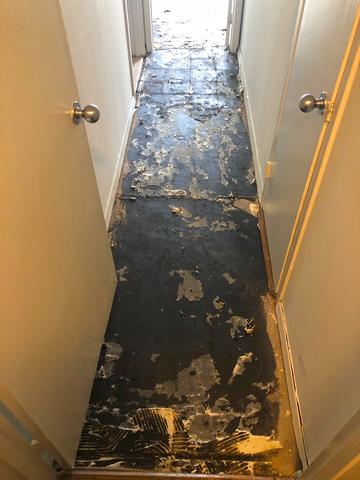 Once we remove all of the water-damaged materials, we'll apply an EPA-registered antimicrobial called MAPS 1. This product targets mold at its DNA and kills it immediately. 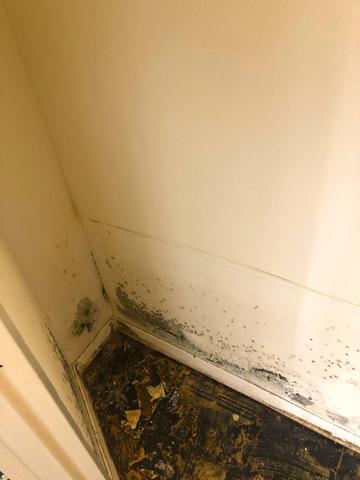 Now for the Sealant

Next, we then applied a patented sealant called MAPS 2. This encapsulates the surface that the mold is growing on and renders it harmless and non-allergenic. MAPS 2 is also moisture-sensitive and reactivates when it gets wet to prevent any future mold growth.

Back to Previous Page